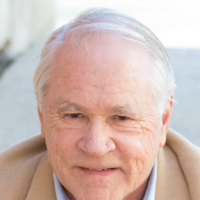 Dr. Frank Satterthwaite is a professor of organizational leadership and a past director of the MBA program at Johnson & Wales University in Providence, Rhode Island. Frank, who has contributed numerous blogs to ATD’s Community of Practice, is co-author of Becoming a Can-Do Leader: A Guide for the Busy Manager (ATD Press). He is also the senior author of The Career Portfolio Workbook: Using the Newest Tool in Your Job-Hunting Arsenal to Impress Employers and Land a Great Job (McGraw-Hill), a bestselling career book that was selected as an “Editor’s Choice” at the Wall Street Journal. In addition to his cover story for TD Magazine, “The Delegation Conundrum,” his articles have appeared in national magazines, including Esquire. He has appeared on nationally broadcast radio and TV programs in the United States and Canada, and is currently doing webcasts for ATD. Frank also has a management consulting practice in which he helps managers become Can-Do Leaders. He studied psychology at Princeton and received his Ph.D. in organizational behavior from Yale. Earlier in his career Frank was a member of the U.S. national men’s squash team. Frank and his architect wife, Martha Werenfels, live in Rhode Island and are proud parents of their two sons, Peter and Toby.